In the aftermath of the Manchester attacks this week I was ready and poised to hop online and write the same things I always write following such tragedies – a need for tolerance, unity, and kindness. To again appeal to people’s humanity, and reinforce the idea that terrorists seek to cause division, to isolate people in order to radicalise them.

There were multiple reasons for this. Some I’m proud of, some I’m not.

The most pleasing reason is that I didn’t actually have to. The majority of the country pulled together on their own, pushed back against the bigotry and intolerance, and acknowledged that these attacks come not from a place of religion, but a place of fanaticism and hatred. Most in Britain have demonstrated this week that we understand these differences, and spit in the face of those who seek to cause harm to us, or to Muslim communities.

But there was also a disgustingly cynical and shameful reason that prevented me from writing about the bombing this week. I couldn’t get it out of my head that such an attack serves to strengthen Theresa May’s position.

I have to make it perfectly clear that I, in no way, am making an accusation, or even a suggestion that there is some ‘steel beams don’t melt’ style conspiracy at hand here. In addition to treading shaky ground legally, I genuinely don’t believe that even she, the depriver of disabled dignity, the poisoner of public health and emaciator of education could plan something so despicably evil. I just couldn’t get past this idea that the Government had the most to gain from these atrocities.

Despite accusations of police cuts being at least partially to blame and the Government having to publicly deny such an accusation, it’s still the case that this allows the Government to display a show of unilateral strength. The deployment of the military onto the streets, through raising the threat status to critical, and by conveniently drawing attention away from the appalling reality of their manifesto crumbling around them, it all seemed to come up Drumpf for Theresa.

Then came the media response. All too quickly, certain media outlets were ready to suggest that Jeremy Corbyn “sucked up to the IRA” (if we count The Sun as a reputable media publication) and continue the onslaught of “terrorist sympathiser” accusations that we’ve seen in recent weeks. The Tories have given up offering hope of change, or providing an inspiring vision of the future and, instead, have ramped up the war machine in an effort to attack Corbyn at every opportunity. Just take a look at their Twitter feed. 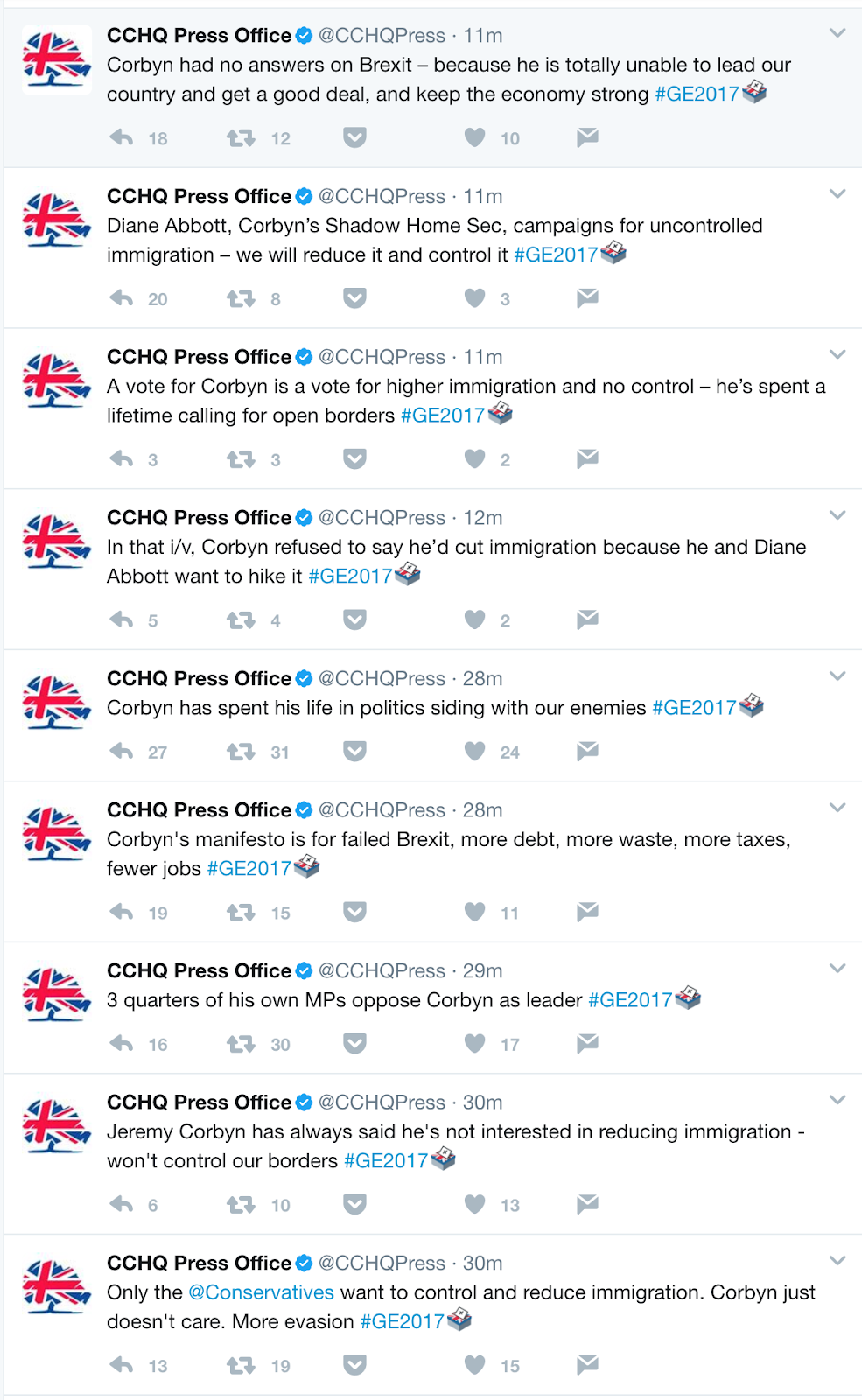 It seemed all too convenient, at a time where the election looks like it could slip through their fingers, that they now have an opportunity to demonstrate their stability and strength of leadership in combatting terrorism – the Achilles heel of public perception for the Labour leader.

But I’m wrong to think like that. I have to be. I need to be.

As I said, I am not at all proud of this thought and am publicly writing it out more as penance than to put forward a substantiated accusation. An opportunity to hopefully be told I’m alone in thinking this. Surely people haven’t become so jaded and cynical as to view the murder of children with such mistrust and suspicion?

After all, what are the alternatives? Cuts or not, Britain needs to be safe and, if the deployment of the army is the only way we can have coverage of the country to ensure protection, it would be remiss not to have it. The mere thought that I considered May seeking opportunism from the death of children puts me in the same category as Katie Hopkins, and that is not a path I wish to go down. People chided Andrea Leadsom for using children as an argument for stronger leadership and I took that to a whole new level.

Britain faced a tragedy on 22 May, and to allow such toxic suspicion and tinfoil hat thinking to become mainstream, or even permeate and fester in outlier minds, is to allow the country to succumb to another.